IT in Business - The New Mantra for the CIO

The Role of DCIM in a Lean, Clean and Mean Data C

Technologies Taking Industries to the Next level o

The Rise of Software 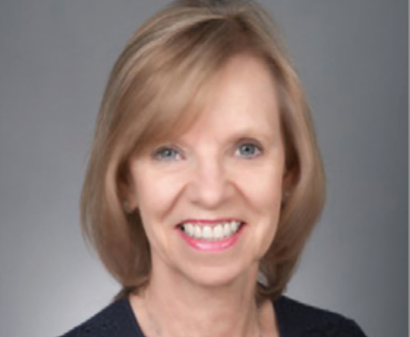 At the end of the second quarter of 2017, of the top ten most valuable public companies seven were tech companies while five were software companies (see graphic below). These five companies represented close to USD 3 trillion in market cap. Apple and Amazon, the other two, clearly have their share of software assets. A mere ten years ago, oil and gas companies dominated this list and Microsoft held the only tech spot. The last ten years have been astonishing in the rise of software; especially in the enterprise. Gartner predicts that software spending globally will rise 7.6 percent this year to $351B and accelerate even more in 2018 by 8.5 percent to $381B. This last decade has been an onslaught of change in software. As we entered 2007, Amazon’s AWS would be less than a year old. Hadoop had just been released. Apple had not yet announced the iPhone. APIs were just starting to become part of the software landscape with APIs released by Facebook, Twitter and Google. Of the seven most valuable companies today three were still private. Startup investment in the next generation of AI companies would begin in 2010 with TensorFlow releasing just this year. The cloud, mobile, big data, IoT, and AI were all almost simultaneous waves of change on the enterprise in one compressed decade. It would mark the end of monolithic software architectures.

The effect has been labeled ‘digital transformation’ changing not just software structures, but also the architectures of enterprises’ business models. Both ‘making’ and ‘buying’ software is changing for the transforming enterprises as a result. Software has become strategic to the competitive advantage of the enterprise. Software development itself can no longer be a cost center. For leading enterprises, it must become a core strategic competency. This competency requires a strong focus on better automation (agility), quality (security), reuse, and speed in your software supply chain. Open source has clearly driven velocity in the ‘make’ space. In July, Sonatype released the results from their third annual “State of the Software Supply Chain Report” reporting that consumption of open source components is growing at a massive scale. Year-over-year downloads of Java components grew 68 percent to 52 billion in 2016. JavaScript downloads grew 262 percent to 59 billion in 2016 and demand for Docker components is expected to grow 100 percent to 12 billion downloads.

DevOps, a software development and delivery process that emphasizes communication and collaboration between product management, software development, and operations professionals is the category description for the new ‘make’ of software or the new software supply chain. Faced with a near infinite supply of open source components, high-functioning DevOps organizations must utilize machine automation to govern the quality of open source components flowing through their software supply chains. As recently as five years ago, many enterprises had only a few monolithic systems. Clearly the amount of data, devices, and applications within and accessible outside the enterprise has created a combinatorial of digitization choices and spiraling integration complexities. The Programmable Web lists over 18,000 APIs. Mulesoft’s “2017 Connectivity Benchmark Report” of over 900 IT decision makers indicated 50 percent of enterprises were already using 20 or more SaaS applications.

The end of monolithic systems represents not just connecting data, apps and devices, but how these assets and their connections define the new competitive advantage for the enterprise. The same strong focus on better automation (agility), quality (security), speed, and reuse in your software supply chain applies in creating your application network. As a core foundation for digital transformation strategies enterprises are clearly looking strategically on how to make all of these IT services composable and reusable and how they create a highly productive, hybrid integration platform that creates a competitive advantage in an application network of apps, data and devices with API-led connectivity. The rise of software defines the new enterprise.

How Financial Services Companies Are Striving Through The Data Age

RPA In Action In The Financial Sector

Fintech: Emerging Fintech Trends To Watch Out For In 2020

The Rise of Software

Changing Times in for Financial Technologies