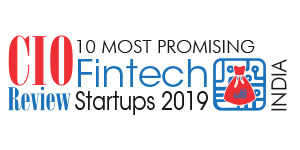 The highly regulated banking and finance sector has in recent times witnessed the constant metamorphosis of its business models to stay ahead in disruptive times. According to the India Fintech Report 2019, India is now the world's second biggest fintech hub with 2,035 startups operating in the sector (Until 2014, there were only 737 fintech startups in the country). The Indian fintech sector garnered close to $2.34 billion in equity funding, a whopping 300 percent increase from 2016, when total funding stood at little over half a million ($593 million).

While India’s fintech sector is still in the early innings, several macro factors have created a favorable environment for growth. In December 2017, there were over 450M internet users in India, a 17 percent increase from the year prior. Government programs like India Stack, Startup India Program, Jan Dhan Yojana, Aadhaar, and National Payments Council of India (NPCI) are encouraging startups and corporations to rethink financial services technologies. These programs address issues ranging from financial inclusion to KYC to Unified Payments Interface (UPI) implementation. Even tech giants like Facebook, Google, Amazon, and Samsung have introduced UPI-based payment apps in India, and plan to expand into secondary financial products. The entrance of top level competition will expedite financial innovations.

Further, Fintech ecosystem in India has evolved significantly with a considerable effort from financial institutions, start-ups, the government, venture capitalists and regulators to create a conductive environment of collaboration and consolidation. With KPMG in India and NASSCOM 10000 Start-ups proficiency in the fintech sector, the report offers a view of three emerging themes: open banking, artificial intelligence and blockchain, which have the potential to bring a transformation of financial services sector in India. As per a recent report by NASSCOM, the Indian fintech software market, currently at $1.2bn, is expected to touch $2.4 bn by 2020.

So, Indian fintech startup ecosystem has arguably exploded in the last three-four years. Therefore, we bring to you a list of “10 Most Promising Fintech Startups 2019”. Being closely scrutinized by a distinct panel of judges including CEOs, CIOs, CXO, analysts and CIOReviewIndia editorial board, we believe that these vendors will provide superior consumer experience and scalability which will be a differentiating factor in the sector of Fintech market.

We present to you CIOTechOutlook 10 Most Promising Fintech Startups - 2019.

Our subscribers play a decisive role in finalization of our annual list of Top Fintech Startups by nominating those which have served them with excellence and are praiseworthy. If you feel there is a company that deserves to be on our annual list, do write to us about them mentioning their value proposition.

Your nomination request for upcoming annual list of Top Fintech Startups has been Successfully Sent . We will be in touch with you shortly.